By Libby Ware and Charlene Ball, aka Lily Charles

A bibliomystery is a mystery where books are involved. The stories can take place in bookstores, libraries, auctions, or old houses, and can involve books, manuscripts, or scrolls. Some bibliomysteries center on books while others have a bookish setting only. Some are centered on murder, others on researching a paper trail regarding an author or manuscript.

We both love reading mysteries and especially bibliomysteries. Her are some of our favorites:

When we told a bookseller friend that we were writing a bibliomystery, she got excited and said, “My favorite part of bibliomysteries is that I learn something.” In our Molly and Emma Bookseller series, we concentrate on one category of books in each novel. Murder at the Estate Sale is about a secret occult library and a missing 17th century manuscript of magic spells. We are currently working on Murder at the Book Fair, which will focus on Children’s and Illustrated Classics.

Molly and Emma are antiquarian book dealers, and since they frequently travel to book fairs to sell their wares, each book will take place in a different setting. Emma is newer to the bookselling world so Molly serves as a sort of mentor to her, so that readers can learn about the arcane world of antiquarian bookselling through their conversations.

We hope that, as our readers pursue murders, kidnappings, thefts, and chasing unsavory characters, they will also have fun learning about rare book dealers, manuscripts, book fairs, and the fascinating world of vintage books.

This book shows you how to make any craft sell better.
Crafts to make and sell

Learn the secrets of a college dropout who made over $3000 in a month.
Make money just by typing

Your thoughts are what block the money you desire - change those
Want Money Beyond Belief? 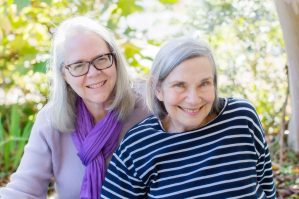 Lily Charles is the pen name of Charlene Ball and Libby Ware. Under the name Toadlily Books, they sell antiquarian and collectible books. Charlene and Libby married in 2016 and live about a mile from each other in Atlanta. Find them at lilycharles.com

Charlene Ball is also the author of DARK LADY: A NOVEL OF EMILIA BASSANO LANYER (She Writes Press, 2017), winner of the Sarton Award from Story Circle. She has published short stories and articles in academic and literary journals. Until 2009, she worked as a college administrator and instructor.

Get The Traffic You Need To Your Offer

Have Fun and Enjoy Kule Traffic

Tag Cloud – Use Search to Update

Any cookies that may not be particularly necessary for the website to function and is used specifically to collect user personal data via analytics, ads, other embedded contents are termed as non-necessary cookies. It is mandatory to procure user consent prior to running these cookies on your website.